Fixed-wing VTOL aircraft combine efficient high-speed forward flight with the capability to take-off and land vertically and hover in place. We present novel algorithms for trajectory generation and flight control that enable these vehicles to perform aggressive aerobatics maneuvers

Vertical take-off and landing (VTOL) fixed-wing aircraft have the potential to combine advantages from both fixed-wing aircraft or rotorcraft, like multicopters. They often exceed the range and endurance limitations typical of multicopters, while maintaining the capability to take-off, hover, and land in confined spaces. This versatility is relevant to many real-world applications. For example, transitioning search and rescue aircraft can cover large areas efficiently and closely inspect (indoor) areas of particular interest.

Tailsitter VTOL aircraft transition between hover and forward flight by pitching, so that their rotors transition between lift generation and forward propulsion based on the attitude. The tailsitter flying wing omits a tail and vertical surfaces, leading to a relatively simple mechanical design consisting of just a wing, two rotors, and two flaps that function as both elevators and ailerons. By placing these flaps in the rotor wash and using differential thrust, the aircraft remains controllable throughout the flight envelope, including static conditions. The simple, lightweight design allows a high thrust-to-weight ratio and the absence of a vertical tail surface reduces directional stability, leading to a highly agile and maneuverable aircraft. 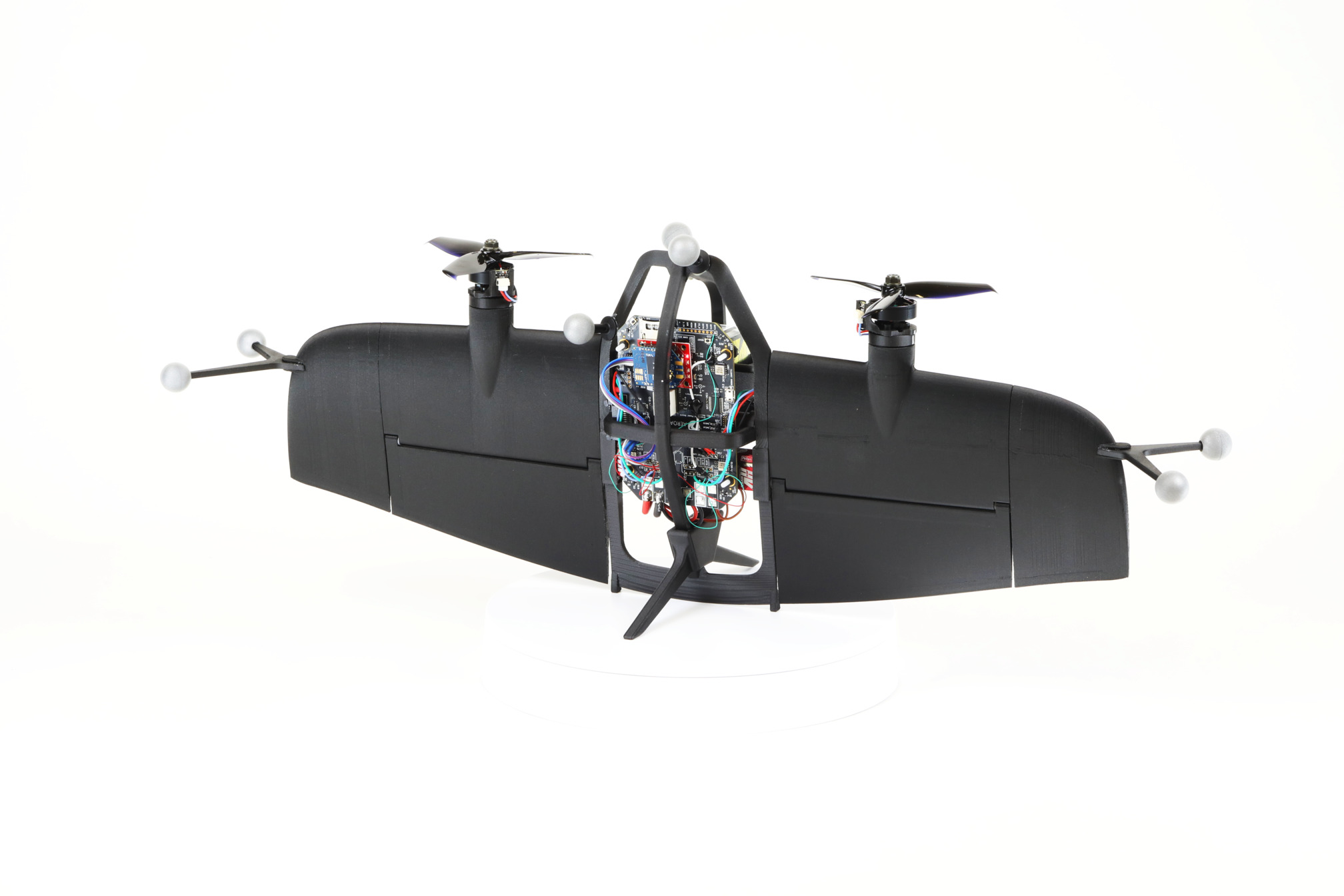 We show differential flatness of a realistic tailsitter flying wing dynamics model that includes global aerodynamics equations and leverage it to generate aerobatic trajectories. By generating trajectories in the flat output space, we avoid the high computational cost of state-space methods. The resulting algorithm is capable of efficiently generating aerobatics maneuvers that exploit the entire flight envelope, including challenging conditions, such as sideways knife edge flight and inverted flight. 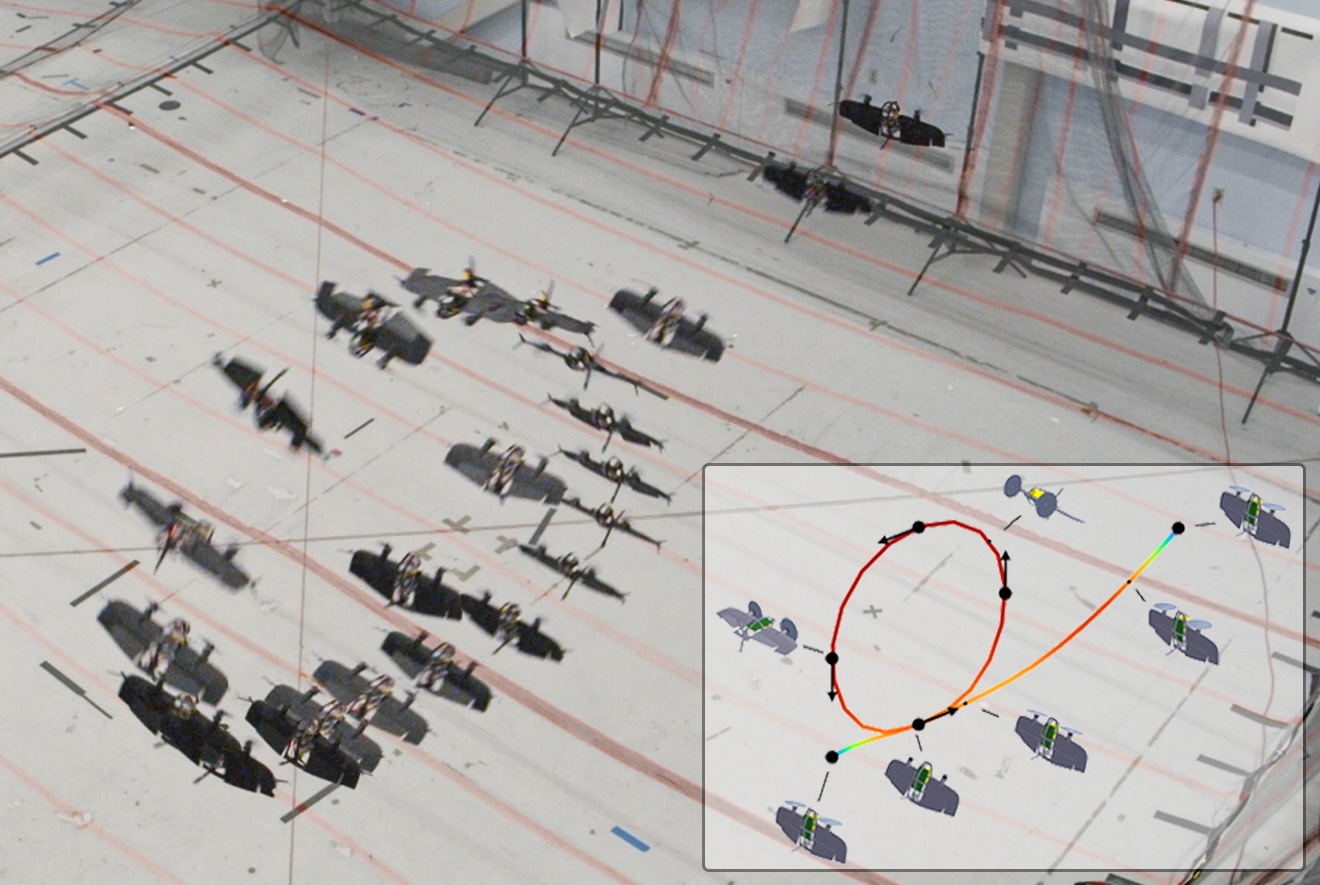 We propose a novel tailsitter flight control algorithm that is specifically designed for tracking of agile trajectories. The proposed controller uses differential flatness to track the reference position, velocity, acceleration, and jerk (the third derivative of position), as well as yaw angle and yaw rate. It is based on a global formulation, without mode switching or blending, and able to exploit the entire flight envelope, including uncoordinated flight conditions, for agile maneuvering. We derive the controller based on a simplified aerodynamics model and apply incremental nonlinear dynamic inversion (INDI) to achieve accurate trajectory tracking despite model discrepancies. 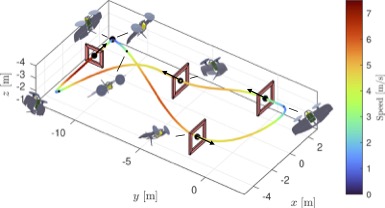 Our proposed algorithms are demonstrated in extensive flight experiments.We evaluate tracking performance on various trajectories that include challenging flight conditions, such as large accelerations, transition on curved trajectories, and uncoordinated flight. The project video below showcases some of the experiments with the vehicle.